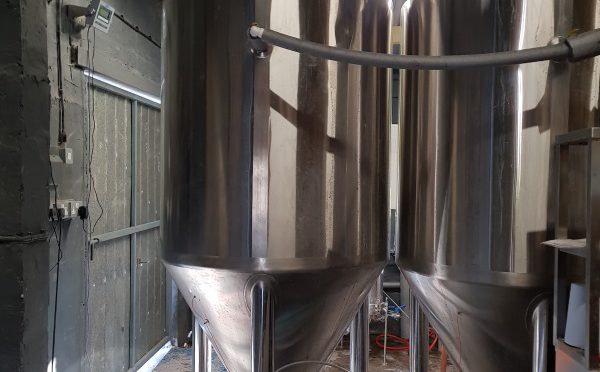 Every now and again I have cause to get involved in one or other building project up here in Cumbria – not exactly something I reckon to have much aptitude in, but there’s always need for spare pairs of hands. And as the job gets moving around me, I always start thinking about how much more difficult the job would be in the micro-gravity of orbit, or indeed on some planet where the atmosphere is different to our own. Mars maybe. So many of our current practices and presumptions about building and making things derive from working on a planet with a decent level of gravity, and where the ambient temperature and air pressure are conducive to helping the project moving along. Of course, there’s something of a circular argument buried in that, since we have had to work with Earth’s conditions for a very many years. Presumably if we had evolved and grown up on Mars we would work things differently, and wonder to ourselves how anyone could possibly construct buildings in three times the surface gravity and a hundred times the air pressure!

Now the particular job this week was laying a concrete floor – as you can see from the pictures, it was making a new layer to even up the various levels of an existing floor. What may not be so obvious is that it also slopes gradually from back to front (to provide some drainage), so there was some nifty preparatory work with wooden beams to provide the necessary angle to smooth off against. You can see some of these in the next picture. The whole floor will – in a few weeks – support a canning machine for several of our beers, so there’ll be other installation stages as time goes by.

The concrete itself came ready-mixed, in one of those neat little lorries that do the mixing as they are driving along to you, and then pour it out in smaller or larger dollops as the need arises. With the confined space we had to work in (confined as regards a truck, not a human) this meant lots of smallish dollops into wheelbarrows which were then tipped in whatever place was necessary. So the lorry itself exercised some of my low gravity pondering. The mixer relies on gravity to thoroughly muddle all the different components up as the barrel turns – no gravity, then no mixing. The water, sand, shingle, cement and what have you would all just gloop around and not combine into a single substance which will set hard. In orbit, or on an asteroid, you’d have to design and build a different way to mix things up. Then the act of pouring relies on gravity to pull the stuff down a chute into a waiting wheelbarrow. I guess you’d have to have something like a toothpaste tube, or the gadgets you use to apply icing to cakes.

Laying concrete basically consists of a couple of stages: first you plonk barrowloads or shovelfuls where you want them, and then you smooth it down, broadly by means of a wooden plank laid across two guide beams, and in fine by means of a trowel or similar instrument. So you need a definite sense of what’s down, you need to be able to press down onto the initially rough and lumpy surface, and you need inertia and friction to help you, and . In micro-gravity you have none of these things. Any direction can be down, it’s impossible to press without first bracing yourself on some convenient opposing support, and although inertia and friction are still present, they don’t necessarily operate in the ways or directions you expect. There are not many concrete floors on the ISS, nor wil there be if the space station were to remain up there a long time.

After that you wait for the concrete to set – part of that is just water evaporating, and part is chemical reactions between the various constituents. And it’s kind of important that it sets at a sensible rate, neither too fast nor too slow. Now, if you poured out that same floor on Mars, I’m not sure the end result would be the same. Certainly the water would evaporate, but in all probability this would happen rather too quickly for comfort. What about the chemistry? The average Martian surface temperature is about -63° Centigrade, compared with say 14° C on Earth as an overall average. I don’t know if the necessary chemical reactions would happen at that temperature, but I have a suspicion that they might not. You could end up with a floor that was weak or brittle.

In short, a task that took five of us a few hours of a morning, without too much frustration or difficulty, could well become profoundly difficult or even impossible elsewhere in the solar system. So when I write about near future space habitats – the “domes” of my various stories – I always assume that they are made by very large versions of 3D printers. The technology to print buildings has been demonstrated on an Earth scale for disaster relief and similar occasions, and it makes a whole lot more sense to send a large printer to another planet and use local materials, rather than to send sacks of sand, cement etc across space, and then hope that the end result will be acceptable! Meanwhile, here on Earth I dare say we will be laying concrete floors for a long time yet.

3 thoughts on “Concrete and Low Gravity”