Far from the Spaceports

Welcome to the Scilly Isles, a handful of asteroids bunched together in space, well beyond the orbit of Mars. This remote and isolated habitat is home to a diverse group of human settlers, and a whole flock of parakeets. But earth-based financial regulator ECRB suspects that it&rsquo;s also home to serious large scale fraud, and the reputation of the islands comes under threat.

Enter Mitnash Thakur and his virtual partner Slate, sent out from Earth to investigate. Their ECRB colleagues are several weeks away at their ship&rsquo;s best speed, and even message signals take an hour for the round trip. Slate and Mitnash are on their own, until they can work out who on Scilly to trust. How will they cope when the threat gets personal?

In a Milk and Honeyed Land 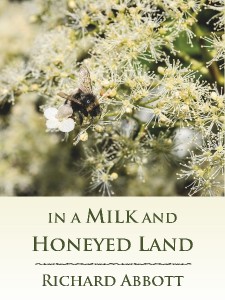 Life, love and conflict in the hill country

Damariel is apprenticed as a young man by the village priest, whose reckless actions lead to his disgrace. Damariel manages to avoid becoming implicated in the matter and carries on his training, marrying his childhood friend Qetirah shortly before they begin their shared ministry in the town. Feeling ashamed of their continuing inability to have children, Qetirah becomes pregnant by the chief of the four towns, but the pregnancy is difficult. Damariel’s anger and outrage spills over into the marriage. He holds the chief responsible for the situation but cannot see how to get either justice or revenge. But when he looks outside the four towns for help, can he and his people adapt to the changes that will follow?

Scenes from a Life

What journey would you make to encounter the meaning of a dream?

Makty-Rasut is a scribe in New Kingdom Egypt, fashioning tombs for the elite. He lives a comfortable but restless life, moving every few years further upstream along the river Nile. He is content to exercise his talent without examining his origins.

Then a series of vivid dreams, interpreted with the help of a senior priest, disrupts this pattern. To solve the riddle, he must go on a journey that will take him outside the Beloved Land and away from the life that he knows. His travels take him into the neighbouring province of Canaan, to a hill-country village called Kephrath, and to a way of life he has never considered.

The Flame Before Us 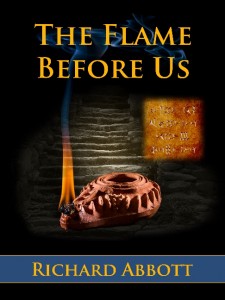 Conflict and commitment in the shadow of a city’s downfall

The raiding ships have come before, but this time it is different. This time the attackers are coming to stay, and defensive walls will not hold them back. Nowhere is safe. One by one, the great kings and their vassal cities collapse as the newcomers advance.

The land is already a patchwork of many different peoples, bound together in a fragile web of traditional alliances and rivalries. How will political and personal promises change with the arrival of the new clans? Is war inevitable, or can a different answer be found?

Walk with refugees, migrants, and defenders of the land alike, as they struggle to create a different way of life beside the ruins of the old. Can alliance, commitment and love survive the turmoil?

The Man in the Cistern 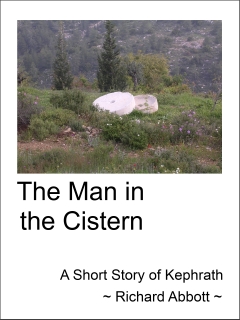 This short story follows about ten years after the events described in In a Milk and Honeyed Land. A group of unknown men have set up a temporary camp nearby. Can conflict be avoided or is it inevitable?

The Lady of the Lions 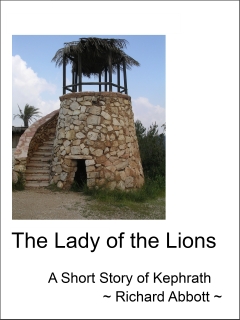 This short story is set about 150 years before the events described in In a Milk and Honeyed Land. Villages up and down the hill country are being held to ransom by a group of rebels, who are convinced that the regional governor will do nothing to stop them. Will Belita-Labiy’s letters to her great but distant king find a response in time?

Triumphal Accounts in Hebrew and Egyptian 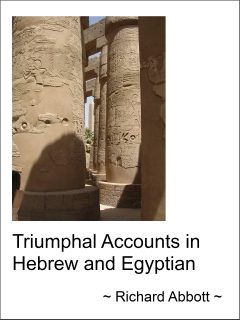 This is the e-book version of Richard Abbott’s PhD thesis accepted by Trinity College Bristol and Bristol University in January 2012. It describes, and defends, some of the academic background assumed in In a Milk and Honeyed Land and related fictional accounts of Kephrath.