There is a very interesting shift which has happened in writing in recent years. At many times in the past, word repetition has been recognised as a deliberate rhetorical device. Repeated words, or word roots, have been used to signal something important to the reader or listener. Nowadays, in contrast, editors or reviewers often fasten on repetition as a sign of poor vocabulary, or poor proofreading. About the only sphere we regularly encounter repetition now is in political speeches. Winston Churchill’s wartime speeches were full of repetition – “we shall fight on the beaches, we shall fight… we shall fight…“. But even the vastly less nationally stirring backwash from the UK’s recent council and euro elections has had its share, contributed by several of the major speakers, such as “too big, too bossy, too interfering” or “little pearls, little announcements, but the pearls weren’t connected“. 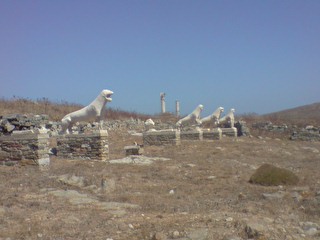 Back in the world of ancient literature, such repetition was used a great deal, in many different contexts. Several of the New Kingdom Egyptian love poems are constructed around repeated word roots. For example the first poem in the papyrus Chester Beatty song cycle 1 is built around various forms of nefer, which has the basic meaning of “beautiful” but in English could also mean “splendid“, “brave“, “outstanding“, and a whole mix of other similar ascriptions of quality. In my own translation of this I have tried to reflect this by using the cluster of words “resplendent“, “splendid“, “splendour“.

Biblical Hebrew has similar examples. When King David’s former enemy Abner comes to him to sue for peace, David is minded to grant it to him (2 Samuel ch.3). There is a friendly encounter in which the phrase “and he went in peace” is repeated verbatim three times within a few verses. Then David’s sidekick Joab returns – a rather vicious man driven by a thirst for revenge. He is outraged that his king has done this, and demands “why did you send him off, and he went?“. The absence of “in peace” stands in stark contrast to all of the previous repetitions. Sure enough, Joab goes in pursuit and murders Abner. The repetition of the phrase, and the textual signal provided by its omission, are both crucial parts of the story. David never forgives this act, and on his deathbed commissions his son Solomon to ensure the death of Joab himself.

But examples are not limited to the ancient world. There was keen interest in and acceptance of repetition as a device through until the 19th century at least. I am reliably informed that William Wordsworth explored its use in connection with Deborah’s Song (Judges ch.5), which is indeed one of the most striking examples to be found in the Hebrew Bible. He is just one of a long line of writers – for example D.H. Lawrence used repetition a great deal.

So, what should modern writers of historical fiction do? Should they avoid repetition or stick with it? The first choice is apparently favoured by editors and reviewers, but the second might be a more authentic mirror of an older style. And, moreover, careful use of repetition places the writing much more in the centre of the broader literary stream. The problem, of course, is that repetition is also easy to do accidentally, by overlooking options and failing to clean up after edits. That kind of repetition is well worth rooting out, but the deliberate kind, in my view at least, has a great future still.