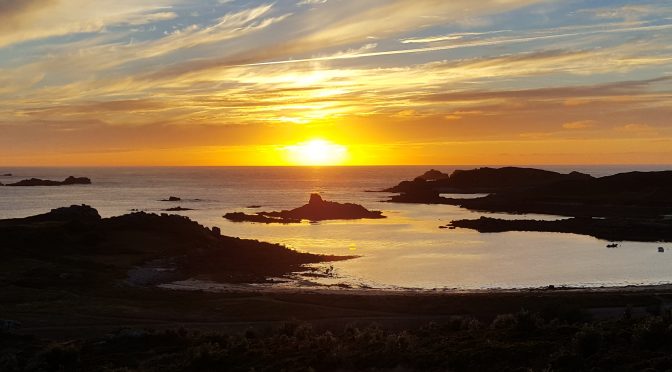 Lightsails, or solar sails, are an idea which has cropped up as a speculative way to propel spaceships many times since (at least) the early 17th century. In 1610, Johannes Kepler wrote to Galileo “Provide ships or sails adapted to the heavenly breezes, and there will be some who will brave even that void” – this seems to have been inspired by noticing that the tails of comets always faced away from the sun, rather than pointing back along their direction of motion. The analogy with sailing ships was powerful and persuasive, and many people over the years embellished on it in both fiction and mathematical exploration. I should mention that, at least at present, I am not planning to use lightsails in my own science fiction series, though it is tempting just because of the elegance of the idea!

It was soon obvious that in order to work, the sail must have a huge area compared to the relatively small payload or cabin space – writers talked about “tremendous mirrors of very thin sheets”, or “wings of metallic foil of a square kilometre or more in area”, or “large, metallic wings, acres in extent”. The huge advantage over a conventional spacecraft is that it carries no fuel, except possibly for something to power small attitude-correction thrusters. The fuel source is the sun itself, and provided that the angle of the sail is kept accurately maintained, acceleration goes on every second of every day, allowing quite remarkable speeds to be attained in time. The downside, of course, is that the further out you travel, the less light falls on you, and hence the less acceleration can be achieved.

A number of proposals have been made to address this. One is to build an array of giant lasers at some suitable way-station, which would supplement the waning light received from the sun. Another is to adopt a trajectory which dips close in to the sun, talking maximum advantage of the intense light there, before heading out towards the real target. And a third approach, which has only been made possible as technology has become extremely miniaturised, is to make the payload tiny. For example, something the size of a fair-sized mobile phone can carry a lot of instrumentation, but weighs a tiny fraction of a vessel able to carry humans and their cargo.

Travel times to the inner planets (out as far as Mars) take something like six months to a year to complete. If you wanted to go to the outer planets (Jupiter and on) then you’re talking a few years – a couple to Jupiter itself, and less than ten to get to Neptune or Pluto. And – assuming you have already built suitable acceleration lasers – you could get to nearby stars in a few decades. And all without the need to take large quantities of fuel. It’s not fast, but then neither are conventional methods – it took the Juno probe about five years to reach Jupiter, and the Cassini probe nearly seven to get to Saturn, using the current standard method of using a big burn at the start, followed by a long coasting period with occasional course corrections.

So there’s a lot of interest in exploring this technology, and my immediate trigger for writing this was the Planetary Society’s LightSail 2 spacecraft , which was launched on top of one of SpaceX’s Falcon rockets. Over the next few weeks and months it wil carry out a series of proof of concept maneuvers. Several years ago, the Japanese IKAROS project showed that solar radiation could indeed be used in a live spaceship to adjust course and speed – no great surprise, but actually getting engineering proof was a great achievement. Perhaps the most ambitious currently planned mission is the Breakthrough Starshot project, which hopes to send a fleet of about a thousand miniature spaceships to Alpha Centauri, the nearest star, in order to fly by its planets and return information. This journey, presupposing the planned laser propulsion array can be built, should take 20 or 30 years, and the current plan is to launch in 2036. I might still be alive to see the outcome!

Finally, I would be remiss if I failed to mention the (fictional) solar sail ship which features in an episode of Star Trek Deep Space, in which it is called a lightship. Here, our intrepid captain and his son recapitulate a traditional journey taken from the planet Bajor in a rather steampunk-looking vessel – the trip is successful, though they are boosted not just by solar radiation but also by unusual space conditions… presumably so the journey can take weeks rather than decades!

One thought on “Lightsails”