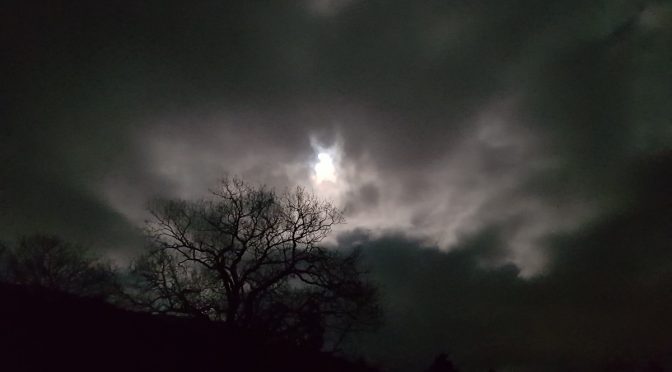 Several months ago – shockingly, back in May last year – I wrote two blog posts on the poetry that JRR Tolkien includes in Lord of the Rings. (The posts are at these links: part 1 and part 2). Those posts covered two regular metrical patterns found in most of the poetry of the first two books of the trilogy. To summarise those posts: “Tolkien chose one of two “templates” around which to build his elvish poetry, both based around pairs of lines – couplets. One template has equal lines with four stressed beats in each line – I shall call this 4+4. The other has four beats in the first line and three in the second – this will be 4+3. Some people might recognise that second pattern from English ballads. When you scan through the various poems set out in the book, there is a tendency for the equal-length pattern to be used in more formal contexts, and the unequal one in more emotional ones. On top of that metrical pattern there are also some different rhyming patterns, which I think are secondary to the metre. “

Now, in the creation story at the start of The Silmarillion, Tolkien writes that the creator, Iluvatar, set up a series of musical themes, the first two of which were distorted by the great enemy, Melkor. Iluvatar, while angry at the discord introduced into his design, affirms that in the end the apparent chaos will serve his purpose. Tolkien wrote: “Then again Iluvatar arose, and the Ainur perceived that his countenance was stern; and he lifted up his right hand, and behold! a third theme grew amid the confusion, and it was unlike the others.” This post tackles what I consider to be the third theme – the songs and poems of men.

Right at the outset we have a problem – many poems recited by men reflect material they have learned by close association with elves. So for example, Aragorn frequently quotes elvish poetry, especially when he is in the house of Elrond, or narrating past glories to his companions. The question is – how would men write poetry if it was not influenced by elvish principles? And this leads immediately to our next problem – the poetry of men is very diverse, and not so easily categorised as the earlier work. This should all, I think, be seen against Tolkien’s own background as a scholar of Anglo-Saxon and Norse. The old Germanic style of poetry, of which perhaps Beowulf is most familiar to us, relied heavily on alliteration, and was very relaxed about metrical pattern and end-rhyme. Typical features are the caesura (short pause) in the middle of the line, and the way in which alliteration links both halves of each line. Here’s a snippet from Tolkien’s own translation of Beowulf:

On went the hours: on ocean afloat under cliff was their craft.
Now climb blithely brave man aboard; breakers pounding ground the shingle.

So, what do we see in the poetry of men in Lord of the Rings? I will start early on in The Two Towers, when Aragorn, Legolas and Gimli recite a memorial for the dead Boromir. It is not clear, given the three different speakers, whether this represents human poetry or not, but at very least it shows a very different patterning to standard Elvish verse. The long lines show a fairly consistent pattern of
seven stressed beats, with an irregular number of unstressed syllables between:

The West Wind comes walking, and about the walls it goes…
The North Wind may have heard the horn of the son of Denethor…
What news from the North, O mighty wind, do you bring to me today?

It’s also clear that alliteration is used very heavily in these lines, which also show an fairly simple end-rhyme pattern AABBCCDDEE in each ten-line stanza.

In the next chapter, Aragorn catches sight of the mountains of Gondor and recites what seems to be a fragment of a longer poem. It again has a regular number of strong pulses – this time 6 in a line – with an irregular number of unstressed lines and heavy use of alliteration. But before long we arrive at perhaps the best-known of the songs of men – the lament of the Rohirrim for Eorl the Young, which in the film version was put very effectively into the mouth of Theoden. And here we again have what reminds us very strongly of Anglo-Saxon poetry – lengthy lines with a caesura in the middle of each line, and alliteration binding the halves of lines together. The lines also each have 6 stressed syllables with a variable number of unstressed ones linking them, with a rhyme pattern of the form AAAABBCC.

Where now the horse and the rider? Where is the horn that was blowing?
Where is the helm and the hauberk, and the bright hair flowing?

Moving on to the third volume, The Return of the King, Theoden dies outside Minas Tirith, and we are treated to his lament in an out-of-sequence passage. This again shows similar patterning to the above. This time the regular pulse is of four-beat lines with irregular total numbers of syllables, extensive alliteration, and no obvious rhyme scheme. It would be hard to find something more aligned with the old forms of poetry that Tolkien knew so well:

We heard of the horns in the hills ringing
the swords shining in the South kingdom
Steeds went striding to the Stoningland
as wind in the morning. War was kindled…

That happens to be the longest single piece of human poetry given in the books – 27 lines – and is also the last significant poem attributed to men (other than a snippet of another lament for Theoden, which shows most of the same features as above). It is curious that we don’t really learn anything substantial about the poetry of Gondor – presumably their long historical association with the elves will have shaped their habits. In contrast, the Rohirrim represent a new direction and new energy for humans in the post-Sauron era, as exemplified by Faramir’s marriage to Eowyn: “Would you have your proud folk say of you: ‘There goes a lord who tamed a wild shieldmaiden of the North! Was there no woman of the race of Numenor to choose?’” Apparently not.

So that brings to an end (after a long wait) this series of three posts on the music of Iluvatar – the three themes expressed in the creation story at the start of The Silmarillion, worked out in the examples of poems scattered through the three books. The first and second themes, associated with the older race of elves (and those other peoples influenced by them) are formal, highly structured, showing regularity of both stressed and unstressed syllables. The third theme, associated with men (and in particular the Rohirrim) is more fluid and open, and is based around structural principles more than formulae. I believe it is no accident that the examples of human poetry that we are given are almost entirely laments. After all, back at the beginning we learn that the third theme of Iluvatar was “deep and wide and beautiful, but slow and blended with an immeasurable sorrow, from which its beauty chiefly came.”