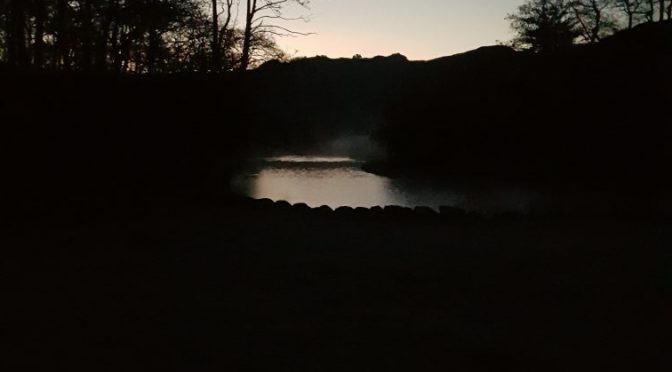 This week I am carrying on thinking about exoplanets – planets which we have detected circling other stars. In modern science fiction, this helps us decide the parameters we are putting on life which originated elsewhere.

It’s worth saying, in passing, that there are several ways we detect such planets, bearing in mind that they are so small as to be normally drowned out in the light of the primary star they orbit. Two are particularly common. The first of these is to accurately measure the path of that primary star through space, and map out small wiggles to that path as the planet(s) in its solar system orbit around it. The second is to accurately measure the light shining from the star, and detect periodic decreases in intensity as the planet(s) pass in front of it. Both ways work best if the orbital plane of the planet is aligned with the direct line between Earth and the star. That means that, at present, our best techniques are unable to give confident results about a great many possible candidates – a star which does not periodically dim might not have a planet, or it might have one whose orbital plane is at a different angle.

Now, in the early days of this search, the main focus was on stars which are broadly the same as our sun – stars which are roughly in the middle of the typical path of stellar evolution known as the Hertzsprung-Russell diagram. In this diagram, dimmer stars are towards the bottom and brighter ones towards the top. Hotter stars are to the left and cooler ones to the right. So early researchers picked out stars that were broadly like ours, on the grounds that the conditions on planets there would most likely be ones which we would recognise – a kind of Goldilocks test.

Now, as time has gone on, we have found planets circling all kinds of stars, and our thinking about which ones might be most congenial for life has changed a bit. The most common type of star in the galaxy – so far as we can tell by sampling our neighbourhood as best we can – is a red dwarf. Red dwarfs sit near the bottom right hand corner of the HR diagram – they are low intensity, and also quite cool. Of course, “cool” is a relative thing – their surface temperature is still typically anything from 2000 to 3500 degrees. To give an idea of their ubiquity,  the nearest star to the Sun is a red dwarf, as are fifty of the sixty nearest stars. Red dwarfs may make up three-quarters of the stars in our galaxy. We don’t tend to notice them because they are so very dim – not one of those fifty stars is visible to the naked eye, though if you know exactly where to look, a good pair of binoculars or a small telescope can pick some of them out.

But if you are on the search for extra-solar life, red dwarfs are a good place to start. For one thing, a great many of them have planets circling them. The several different exoplanet mapping telescopes, both on Earth and in orbit, regularly find such solar systems. The star is cool, so the Goldilocks Zone in which surface water can exist is much closer to the star than the one in our own system – but it does exist, and a reasonable proportion of red dwarfs have at least one planet in the zone. Red dwarfs are also extremely long-lived – rather longer than our sun – which would give life an opportunity to develop. On the flip side, some red dwarfs appear to have regular flares, which would tend to be inimical to life.

How, one wonders, would a life form develop on a planet around a red dwarf star? Sunshine would be more orange than yellow, but since we are in the Goldilocks Zone, the daytime temperatures would be much the same. In terms of size, a red dwarf is vastly smaller than our sun – some are around the size of Jupiter. However, because the potentially habitable planets are so much closer, it would appear substantially larger in the sky – perhaps five times the diameter.

It is thought that many planets orbiting red dwarfs may be tidally locked – presenting the same face towards their primary. We are familiar with this regarding the view of our Moon from the Earth – we only see one side, and the other is forever hidden from us. At the moment the earth is not tidally locked to the Moon – we see it move around us through night and day – but in the very remote future this will probably happen. When a planet is tidally locked to its sun, then only one side of the planet receives light and warmth. Air and water circulation will tend to distribute the heat around the globe, but nevertheless there will tend to be extremes. Could life spring up and develop towards complexity and society in these conditions? My guess is yes, though it’s a question that has yet to be answered.

Finally, I am very happy to say that The Liminal Zone is now finished, and I am going through the process of preparing both kindle and paperback versions of it. Will a red dwarf feature in it? You’ll have to wait and see…