The London Project, by Mark Maxwell, is set in a near future London dominated by a highly successful integration of a massive social media experiment (“The Portal“) into every area of life. By and large this is regarded as highly successful, leading to huge increases in prosperity and safety, at the cost of sacrificing almost all personal privacy. The debate is very familiar, though current technology is a pale shadow of the capabilities described.

Buy The London Project from Amazon.co.uk

Buy The London Project from Amazon.com 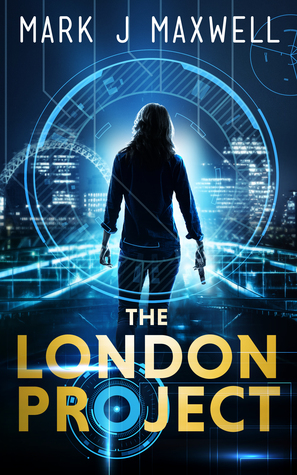 Inevitably there are problems, which the main character, a police woman juggling a demanding job with single motherhood, has to tackle. Parts of the book read more like a crime mystery, with mysterious acronyms and police procedures needing to be spelled out for the uninitiated reader. I do not usually read crime fiction of this kind, and tended to glaze over in these sections. They were redeemed to some extent by exploring how they would be implemented in such a massively interconnected world.

Technically the book was well produced and edited. However, for me it would have profited from softening some of the technobabble about how The Portal worked. I work in IT, so was not intimidated by these descriptions: I just felt they added little to the plot and were too intrusive. The plot itself had a single focus, but a long series of complications and revelations.

As a Londoner, the interest value of visiting future versions of places I know just pushed this into four stars. I might have felt differently if it had been set elsewhere. Readers who enjoy the crossover between crime writing and science fiction would probably be enthusiastic about this. Certainly the issues tackled – including driverless cars, online privacy, and wearable technology allowing instant upload of personal experience – are important contemporary challenges.